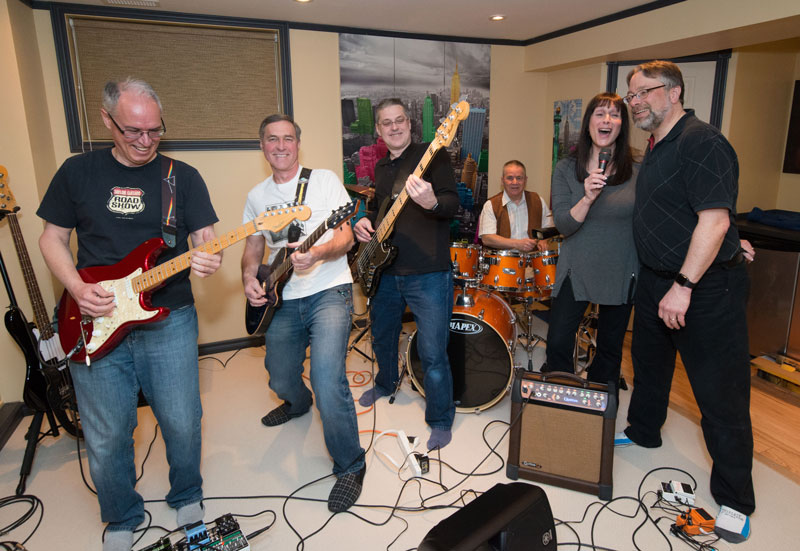 After the League of Rock Final Showcase, described in Shades of Grey Lives On!, the band took a month off and then got together in January to discuss what was next for the band. Unfortunately, Karen wanted to leave the band to sing in a metal band, hence our lineup change. She was gracious enough to stay on until we found a replacement. That left us looking for a new singer.

Scott had worked for a long time with a keyboardist and singer, Joe. His wife, Kelly, sings competitively. The two of them had recorded some wonderful material together. So, we invited them to a practice for an audition on February 8th, 2017. I assumed that we’d hear them perform for a couple of hours after which we would say thanks and discuss them among the band to see if we should invite them into the band.

Instead, their performance was fantastic and we started jamming with them. We meshed really well both musically and personally. Somewhere along the line, we all simply assumed they were in. At the end of the night, when Kelly and Joe asked us how they had done, we laughed and said that, of course they were in the band. 🙂 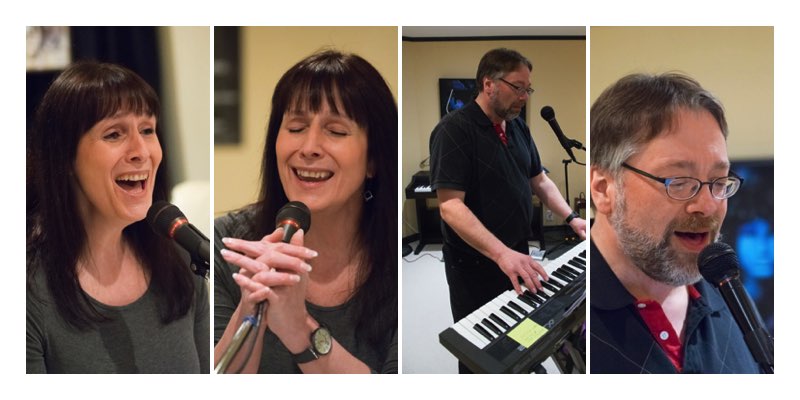 Collage of Kelly and Joe, Our New Band Members

One big change from before is our vocals. With the old lineup, we only had Karen singing and Marc and Rick singing backup occasionally. Now, we have Kelly and Joe singing on pretty much everything. We also have weekly vocal practices in addition to the weekly band practices to work on harmonies. Rick is currently on sabbatical, leaving five of us singing. It’s a lot of work and we’re not ready for the stage yet, but we think it’s going to be pretty good when we do finally perform. Performing, though, is really just a goal to keep us practicing and progressing as well as an opportunity to please an audience.

We’ve been doing multi-track recording of our band practices since April 12th, 2017. Listening to the recordings is remarkable. You pick up all kinds of things. Some are obvious such as the usual assortment of mistakes as we’re learning songs, but there’s also a lot of detail we pick up. For example, we can easily hear distractions such as strings buzzing when we miss pressing directly on a fret, or vocal harmonies where we don’t all start and stop at the same time. We also hear when someone plays or sings louder or softer at different times. So, we find it’s a great tool for self, and band, improvement.

The band is really all about, first and foremost, having fun. For example, we had a vocal practice where we listened to our recordings from our previous band practice. Because we do multi-track recording, we can play back the vocals louder than the instruments to focus on our vocals. We can even focus on any one individual’s performance by making it louder than everything else. At several points, egregious mistakes had us rolling on the floor laughing. It’s a great group of people where we feel safe with our mistakes and constructive criticism–none of the drama of bands in our younger days. So, all in all, the lineup change has been a good one for the band.

So, if you’ve ever dreamed of being in a band, go for it. You’re never too old. 🙂